The ALA’s Office for Intellectual Freedom (OIF) receives reports from libraries, schools, and the media on attempts to ban books in communities across the country. We compile lists of challenged books in order to inform the public about censorship efforts that affect libraries and schools. How do we define diversity?

A Gathering of Old Men by Ernest J. Gaines

A Hero Ain’t Nothin But a Sandwich by Alice Childress

A Lesson Before Dying by Ernest J. Gaines

Absolutely True Diary of a Part-Time Indian by Sherman Alexie

All American Boys by Jason Reynolds and Brendan Kiely

Am I Blue?: Coming Out from the Silence by Marion Dane Baue

And Tango Makes Three by Justin Richardson and Peter Parnell

Annie on My Mind by Nancy Garden

Autobiography of Malcolm X by Malcolm X and Alex Haley

Beyond Magenta: Transgender Teens Speak Out by Susan Kuklin

Bless Me, Ultima by Rudolfo A Anaya

Families: A Celebration of Diversity, Commitment and Love by Aylette Jenness

Getting It by Alex Sanchez

Hold Me Closer by David Levithan

I Am J by Cris Beam

I Am Jazz by Jessica Herthel and Jazz Jennings

I Know Why the Caged Bird Sings by Maya Angelou

Little House on the Prairie by Laura Ingalls Wilder

Morris Micklewhite and the Tangerine Dress by Christine Baldacchino

My Princess Boy by Cheryl Kilodavis

Pedagogy of the Oppressed by Paulo Freire

Roll of Thunder, Hear My Cry by Mildred D Taylor

Running With Scissors by Augusten Burroughs

So Far From the Bamboo Grove by Yoko Kawashima Watkins

Song of Solomon by Toni Morrison

The Bluest Eye by Toni Morrison

The Color Purple by Alice Walker

The Diary of a Girl by Anne Frank

The Golden Compass by Philip Pullman

The House of the Spirits by Isabel Allende

The House on Mango Street by Sandra Cisneros

The Kite Runner by Khaled Hosseini

The Librarian of Basra by Jeanette Winter

The Miseducation of Cameron Post by Emily M. Danforth

The Perks of Being a Wallflower by Stephen Chbosky

The Slave Dancer by Paula Fox

This Book is Gay by James Dawson

This Day in June by Gayle Pitman

This One Summer by Mariko and Jillian Tamaki

Tintin in America by Hergé

Who’s in a Family? by Robert Skutch

Yummy: The Last Days of a Southside Shorty by Greg Neri 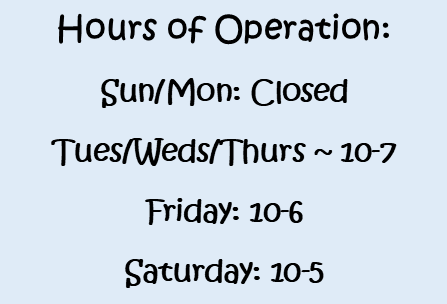 Donate through your purchases at smile.amazon.com