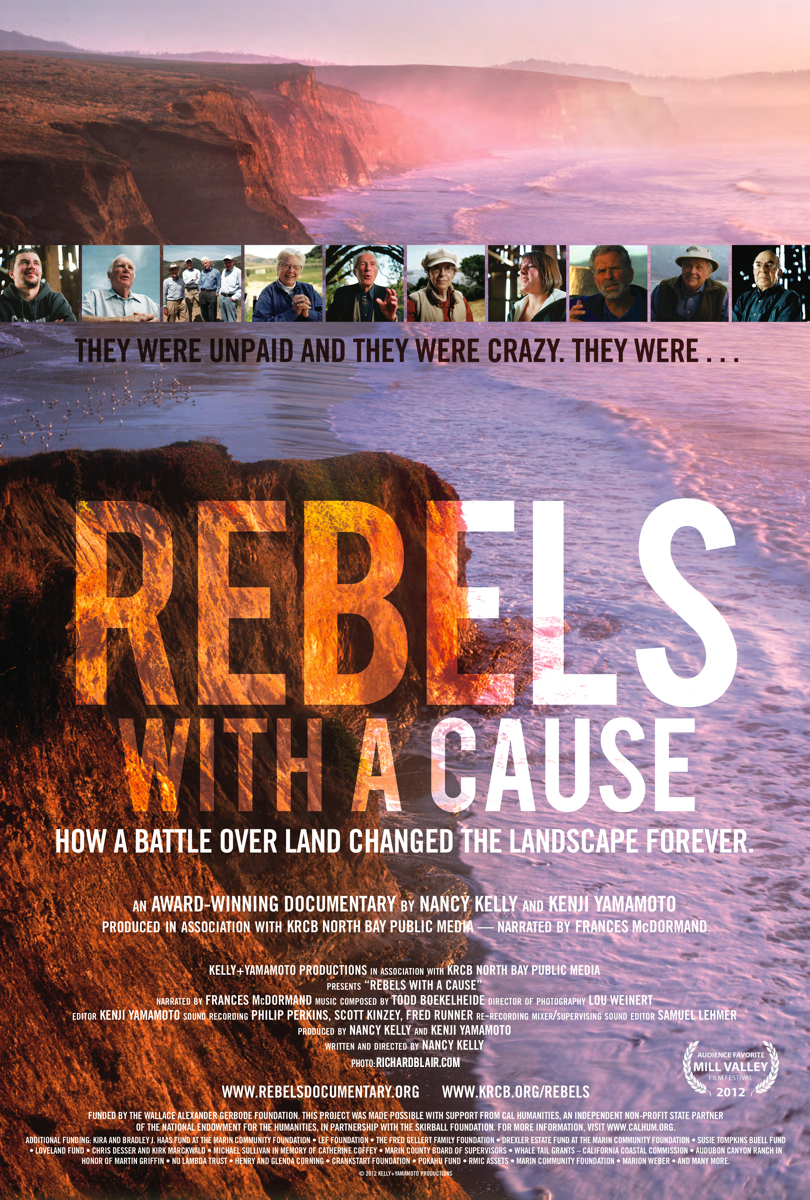 Rebels With a Cause, a renowned documentary on the fight to save the landscapes of the coast is offering a free public screening at Fort Bragg Library.  Come and see the difference everyday citizens made in the fight to save our natural scenic lands.

A stunningly beautiful film narrated by Frances McDormand, REBELS WITH A CAUSE spotlights a battle over land that changed the American landscape forever.

“We drew up a petition which said only this: Dear Mr President, only you can preserve this magnificent seashore for all generations of Americans. It’s NOW or NEVER!”
–Peter Behr, California State Senator

Beginning in the 1950s, a national movement was born of principles that may seem obvious today. Unconvinced by land developers who promoted residential construction as unmitigated progress, citizens began banding together to preserve open spaces near urban areas for parks and farms — and took the fight all the way to the White House. Deeply mired in an expensive war in Vietnam, Nixon determined that even if the Congress had appropriated the money, the Park Service would not get it. But petitions soon began arriving in Washington and Nixon knew the power of public opinion and the voices of the country’s nascent environmental movement were gaining traction.

REBELS WITH A CAUSE is the story of a regional California effort that grew into an astonishing system of fourteen National Seashores — the result of garden clubs, ranchers, farmers, conservationists, politicians from both parties, widows, and volunteers working together through compromise and negotiation, with the American public coming up as the winner.It’s a fascinating example of a hard fought campaign to preserve something important to all of us — our public land. And it is a powerful tool to illustrate that the personal is political, and the local is global.

REBELS is a feel-good cinematic experience that conveys an inspiring truth about how ordinary individuals have the power to change the rules.

REBELS WITH A CAUSE had its World Premiere at the 2012 Mill Valley Film Festival where it won the Audience Favorite Award for Best Documentary – Active Cinema.

Watch the trailer:  Rebels With a Cause Trailer then join us for a full screening of this wonderful documentary of an amazing event!  March 26, 6 pm @ Fort Bragg Library